Captain Disaster in: Death Has A Million Stomping Boots Free for LESS than a WEEK!

Was going to just be free for Star Wars Day; changed their mind. Normally 8.99. It is a Classic point-and-click adventure gaming action with a few new twists and it won lots of awards in 2017.

“This game has been a labour of love by 2 devs (CaptainD and TheBitPriest) - who should know better, but just can’t help loving the genre - with help from multiple other people over time. We were inspired by the classic adventure games produced by Lucasfilm Games and Sierra, and believe we have created something that will hopefully, like those games, stand the test of time.” 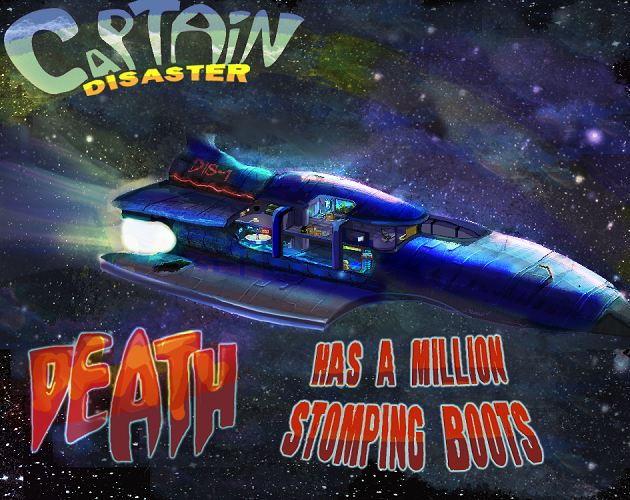 Captain Disaster in: Death Has A Million Stomping Boots by CaptainD

This was given away back in January too.

Captain Disaster takes a job delivering a package from Acturus-1 to Proboscis Major - not realising that he is actually transporting something that will put the entire galaxy in danger! Though just getting the package in the first place is quite a challenge in itself… Our intrepid nitwit investigates interesting peculiar people, puzzling places and panicky problems along the way to saving the day, once he finally realises that something is wrong. Expect lots of laughs and head-scratching dile…

but does it have @coralinecastell’s seal of approval?

Isn’t that seal reserved for Deponia?

Why not? Try something new and different.