I just got One Finger Death Punch from Bundle Stars for free so I am in a good mood.

Botanicula was offered yesterday as the deal. And it was.But I have been there…Just couldn’t scrounge the mula from under the cushions on the sofa… I have been there and I know how you feel. .And it’s a good game.

So I have a spare key from a Humble Bundle. I want you to tell/show me what you love…or tell/show me a funny story, or a sad one. I get to pick…I might just pick who has the most likes…or Not…It’s up to me. You have 24 hours.

I usually keep a glass beside my bed to drink from whenever I wake up. Was carrying that back to my bed when FUCKING WHAM. I slip like a bender’s first time on ice.
First thing I think of was "oh fucking shit, my favourite nightglass just smashed on the ground and now I’m covered in glass.
Second thought was “OH FUCKING SHIT, THAT’S NOT WHERE MY KNEE IS SUPPOSED TO BE”.
I looked at my own leg in the dark of the 3:30 am Canadian morning.
My kneecap was completely backwards. It was, to the letter of the goddamn word so I better not hear about it, LITERALLY BACKWARDS.
My kneecap was underneath my knee.
Now I ain’t no pansy, so I took one look at it and threw up.
Then I lay there for probably 1 or 2 minutes contemplating how much I loved baby Jesus.
Since there was nothing for it, I did the most insane thing I’ve ever done, and in one motion, grabbed my own kneecap, straightened out my knee, and shoved that motherfucker back in place…
Except I missed apparently. And it went over to the other side of my knee. Cue baby Jesus again.
Now I’ve played enough hockey to know that sonofabitch needs to be in the right spot before you move. So I grabbed it, praying like father Dennis would be proud, and put it back in place with both hands.
The first thing your mind goes to is this. https://youtu.be/-kcOpyM9cBg?t=440
The second thing is HOLY FUCK I HOPE THAT’S NOT GONNA AFFECT MY LIFE
Couldn’t really move. Called my clinic since I didn’t want to jam up 911, and now I’m writing this to take my mind off it while I wait.
TLDR: When you’re 99% asleep and draining the dragon, use the 1% brainpower to WATCH WHERE YOU’RE GOING

Awww, why Bundle Stars no give me free Death Punch

Couldn’t really move. Called my clinic since I didn’t want to jam up 911, and now I’m writing this to take my mind off it while I wait.

And before that, you just joined the forum…

Yeah, they had one of those…task thingys, join this…watch that…whatever. But the chances were good…had 20,000 keys…but they were “Mystery Keys”. I could have gotten a key for something I already had.

So, this is a weird story, but bare with me.
So about 3 years ago I started on my new school and I made a new friend, I barely have contact with that friend right now but it was just us playing games and stuff and having a good time y’know? But my friend decided that he felt sad for that lonely white kid that we had in our class, he was a nerd (like, he brags about grades and shit) and just a complete a-hole.
Now I have no good memories of being friends with that guy, I recall going to his house with my friend and suddenly we didn’t do anything but watch him play Minecraft and it was all just terrible so we never came there again.
So we thought he would get the hint and just leave our friendgroup after a while but he came back and we were about to go to camping for school, before I went camping his mom went up to me and asked if I could be his friend, which was weird but I didn’t think anything of it at the time. So at the camping site me and my friend decide to just go to the forest and make something with sticks because there was nothing to do.
That guy came looking for us since he didn’t have any other friends at the time and he tells us to kindly fuck off and he starts to build some kind of house with sticks , so we just leave him be and we meet up with the rest of the class.
Now, the class hated this guy since he was a hyper aggressive guy, even though he was an annoying nerd he was also pumped up on some kind of adrenaline all the time and basically annoyed anyone including the teachers, I recall another moment where the P.E teacher asked him to just do a simple judo takedown but he got aggressive and started just jumping and flailing on our teacher and we were kinda freaked out.
But ok, back to the camping site, we decided that he was a a-hole and some kids broke his house made out of twigs when he was gone and ran away. Everyone was laughing since he really deserved it (don’t ask, he did a loooooooooot of stuff).
Now here is the weird part, this guy dissappeared and me and my friend were just walking and suddenly he was behind my friend. So that guy started getting mad at my friend for destroying his house and my friend just mentions that it was not only him but like everyone in class, and that they did it because he acted like an a-hole all of the time.
That guy suddenly got quiet and left, my friend was confused since he was sure that he would get angry but he didn’t.

1 hour later there are some people gathered around a 7-metre long tree, me and my friend notice the crowd and we just see the teacher yelling at the top of the tree, it was that guy and he started contemplating freaking suicide over a twig house, but he went quiet and looked away for 5 minutes until he decided to come off.

I am not sure whether this is sad, or anything really, I just really want to tell this story because it was the weirdest thing that has like happened to me.

Not gonna enter, but I want to write something funny:

It was a dark night, Mr. Nam was riding a motorbike on the road then his bike suddenly stopped, he thought it was out of gas, so he flashed his lighter to check the gas tank, the gas was still there, he died at age 34.

yepp, probably should’ve said it wasn’t my own story but i’d say that was easy enough to figure out.

Lucky you, I got Hektor.

Hey! This is supposed to be about LOVE! I am not seeing any LOVE! This is my thread…and I want so see LOVE! 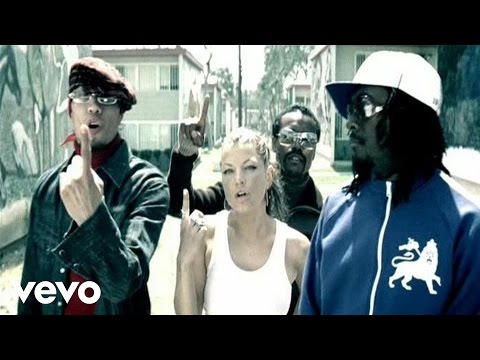 We NeedLove! No sex…just sweet love… 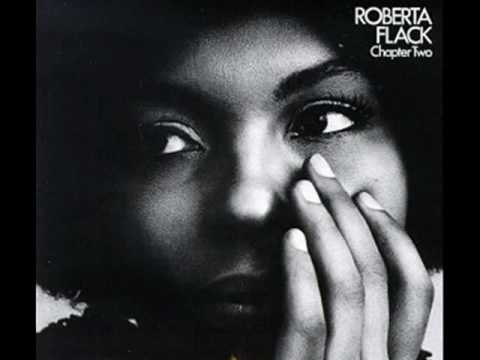 (not entering, just thought wanted to do a little “love” story)
Once upon a time there was a Gnome
Not a special Gnome just a 0, or maybe a 1 like most others.
This Gnome was new the the World, and nervous, maybe slightly scared. The Gnome quickly obtained a desire; to be the bestest Gnome in the World, or go mad and crazy in the process!
Our little Gnome hastily ventured forth into the world leaving the ruins of Gnomeregan behind. And so began the quest for greatness, or madness.
Many a foe fell before the little Gnome in these adventures, but luckily for us, the Gnome, and the World, there be boars and gnolls aplenty.
Much timed had passed by, the Gnome had grown, stronger, wiser, older, in fact turned 60 some time past. But despite all the Gnomes achievements in the past, even with all the lewt and friends gathered, it still felt like something was missing.
Sitting, leaning against a swift Frostsaber, by a stream in the forest, pondering all these questions and the meaning of life in Azeroth, the Gnome heard a sound.
It was the sound of fighting, sticks and swords clashing, and the peculiar but specific sound of a creature, in pain.
Awoken from the deep thoughts, quickly the Gnome blinked in the direction of the noises.
A foul Orc, and disgusting Undead, on a slaughtering spree. Disturbed by the scene ahead, the Gnome engulfed in fire and smote the interlopers for their vile transgressions. These youngsters, no match for senior Gnome, (size isn’t everything you see), and watched them burn as they tried to flee.
Searching the wrecked camp and corpses the Gnome came upon a single survivor, an egg.
Even if it might be natures way, the Gnome couldn’t just leave the egg to its fate, and took it home.
After much time caring for the egg, keeping it safe, keeping it warm, one day it started to crack. Beneath a piece of shell the Gnome saw a giant eye peeking back, and the Gnome remembered back when it was still “little” and peeking out, nervously, at the big strange world. Then after a while the little one finally crawled out of the egg, and jumped in the arms of the Gnomes with a big Rrrlll. The Gnome named the little Murloc; Lurky, and from this day on they would spend every second together. The tales of the two together could fill entire libraries and there is far too little time or room to account it all here. Let it be enough, that they were happy.
Until years later, and Lurky somehow vanished into nowhere without clue or warning.
The Gnome spend much time and effort trying to get Lurky back, and even sought out the only one more powerful; the treacherous and despised Game Master, despite knowing such favour might come at a great cost.
But the evil Game Master laughed at the little Gnome and turned away. Once more the Gnome dared to stand before the Game Master, only to be scoffed, belittled, and reminded of how insignificant its power were by comparison. Abandoning all pride and humility the Gnome threw it self before the Game Master one final time, but alas, to no avail.
Having disturbed and annoyed the Game Master enough for the last time, the Game Master was finally fed up with the troubling Gnome, and cast it from the land; into the dark Void.
Just before the Gnome disappeared into the shadows, the Gnome saw the smirk and glint in the Master’s eyes, and knew before even hearing; The sound of a distinct Rrrllll, coming from the dungeon beneath the Game Master’s halls
And such was the love between a Gnome and Murloc, that not even the Game Master could keep them apart.
For in time, the Gnome returned from the darkness, and took on the wicked Master, and got Lurky back!

(not my vid, but just to clarify the Lurky love)

I have to go somewhere so I am adding another 24 hrs…Thank you @Gnuffi and @m0n0. for perfect examples of Love.

On of the kindest gnomes I ever stumbled upon. So I give my

Here’s some love then <3 hug

Sorry I am late…Had company. I have PM’d @Shalandir. It was short and to the point.

Do you want to know what love is?

Awesome group. Seen them in concert.