Any Game Devs out there? What originally inspired you to get into Game Development?

I was wondering what inspired game developers to take that first step. Was it an idea, another game dev whose work they felt inspired by? Also I hold just as much value from the aspiring game devs not just the established or successful ones so please don’t be shy! For me Kitty Horrorshow is where I got a lot of my original inspiration but if I had to name a single dev that inspires me just because of his outlook and philosophy it would have to be the creator of ‘Zerahypt’ that goes by the name ‘SYRSA’. He plans to spend the rest of his life updating one game to bring to life the weird and random universe he’s been building since childhood.
PS. If this topic devolves into ‘This is my favorite
game developer’ instead that’s OK too hahaha

I’d have to go with whoever invented this:

Senet or senat (Ancient Egyptian: znt, lit. 'passing'; cf. Coptic ⲥⲓⲛⲉ /sinə/ "passing, afternoon") is a board game from ancient Egypt. The earliest representation of senet is dated to c. 2620 BCE from the Mastaba of Hesy-Re, while similar boards and hieroglyphic signs are found even earlier. The game fell out of use following the Roman period, and its original rules are the subject of conjecture. Fragmentary boards that could be senet have been found in First Dynasty burials in Egypt, c. 3100...

or whatever came even before that…

(I know I’m being weird again, but I’m actually not, video games are just a continuation and the logical technological evolution of real-life games… so i’d like to give credit for that to whoever invented the first game ever, whether that was hide-and-seek or ‘you’re it’ or whatever)

Hey I said ‘game dev’ not video game dev haha so board and card games are valid too. It’s not exactly what I meant but the more perspectives the better! Video games are just another incarnation.

I recall wanting to make games at least as early as 2004, but they always felt out of my reach, I never knew how to begin.

In 2013, Cookie Clicker’s Dungeons beta came out and I was disappointed with how basic it was, and really wanted to have a go at making something similar, but better. I knew JavaScript, so I took a peek at Cookie Clicker’s (then-much-simpler) source code and that taught me how to make a proper game loop. That was the spark I needed, everything else fell into place from there, and I wrote my first functional game from scratch. I never finished it because the design wasn’t that good even after several iterations, but it taught me what I needed to know, and I’ve been dinking about with games ever since.

I also dabbled in designing card games for a time, largely because I loved MTG and wanted to have that sort of experience but with worlds of my own. Unfortunately, finding playtesters was nigh impossible, so I gave up.

‘Taught you what you needed to know’ makes me think of the term ‘Fail faster’. I believe that’s what it’s referring to.

Programming can be quite dull at times, and stressful at other times. I’ve worked on many things over the last few years.

Started with doing an API integration for a web page to change PIN numbers for voicemail boxes. Then made a GUI and wrote all of the functions and API calls to provision users and accounts for cisco webex teams, and troubleshoot issues with accounts.

What a good developer really needs to do is stay sharp. You can’t just go to work, write a few things, then go home. You’ll eventually stop getting better…

So I just wanted a creative outlet. Somewhere to put the things I know into something I like doing. Just so happens I like playing games, and I think I can make one. So I’ve been in this make parts of a game, like it, play it, make more, play it, hate it, delete it all and start over. Been doing that for years.

Something kinda strange happened to me a few weeks back. I had an odd request from a friend to make a “Nintendo Spy”. Basically something in between the Nintendo Switch, and a Game Cube Controller that can “Listen in” on the input and output of the controller. Then you can use that data to put it on a graphic that displays the button outputs, and you can slap that on top of your stream. Offered $50. So I did it with an arduino board, boxed it up with some instructions, and shipped it. 3 days later he sent me a video of it working and how great it was. Not gonna lie, that was quite a rush. Putting something out there, and seeing it work.

So now… here I am at the “hate the game I’m making” stage again, except this time I’m gonna push through it so I can get the rush of people playing my game and telling me about it.

Don’t get excited people… it’s gonna be trash, but it’ll be my trash.

Maybe we can get some comments from the Chrono.gg crew? If I remember correctly, the site was founded by former industry employees.

Whoa! I didn’t know that!

And a Video of what it does.

That’s awesome! Thank you for sharing.

Hey @CreatureFeet , I’m not a game dev but… have you watched this movie?: 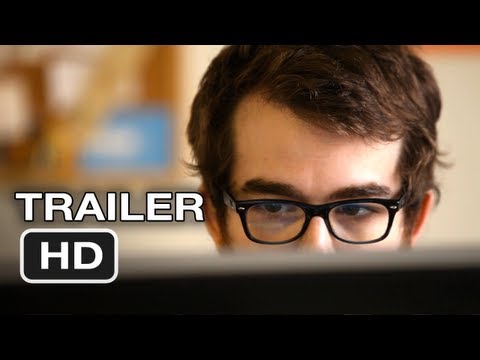 Really interesting! I especially like the insight it provides on the FEZ dev. I’m not sure if you heard, but the dude had quite some exposition problems and, paired with what seemed to be some profound mental health issues, spiraled him into a wave of internet backlash.

I’m not taking sides on this discussion – as it’s a complex one, much more complex than we can speculate in a forum exchange – but I think the movie does a wonderful job at showing some of the challenges of his creative process without all the negative aura that followed him afterwards.

Another interesting source is this one: 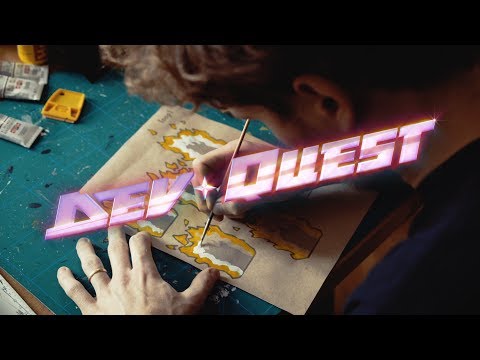 I’m a proud moderator of the Hidden Folks forum and in friendly terms with Adriaan, the dev. He talks a lot about his creative process with us on Discord and watching some behind the screens about him and his crazy mouth sounds was super fun. He’s a hilarious dude and always open to talk about his game, so make sure to check that out too if you’re interested!

Amanita Design is also featured and I’m a HUGE fan of their work.

Anyways, have a nice week.

Yes I’ve seen it. I was lucky enough to see it and enjoy it without bias before I heard about the controversy. It’s too bad I can’t play ‘Fez’ the perspective flipping hurts my head LMAO

Somehow only saw this thread just now, but I’ll put in my story anyways—hope I’m not too late…
I’ve always enjoyed games, and playing around with code, but never really thought about making them until I played Undertale. I know it’s a bit of a meme at this point, but it was the first game to really make me laugh, then scream, then cry, then think, in that order. It made me realize that games could be “art,” could tell an emotional story in ways that are unique to the medium. I started making Nepenthe almost immediately after playing, with no real plan of what I wanted to do other than “make a game that makes me smile.” (in case you were wondering why the plot feels disjointed

). Even still, I don’t know if it would have amounted to anything much without (again) Toby Fox. I sent an email to him a few months after starting (back when I was using default RPG Maker sprites), asking for critique, without any real expectation of hearing back. To my pleasant surprise he did(!), and encouraged me to make my own art for Nepenthe to stand out. That pretty much sealed the deal for me, and a year or so later, here we are!
Obviously there are a whole bunch more inspirations/reasons for getting into game dev than just this, but that’s the simple answer. Hope that answered your question!

It’s never too late! I would say my equivalent inspiration to that would be ‘Yume Nikki’… which I didn’t even mention in my original post…shame on me!!! Haha

do you have a link to the games you’ve made? Now I’m curious

I haven’t made any

I’m sorry if I mislead you.

no worries—if you ever do make something, I’d be happy to play it tho