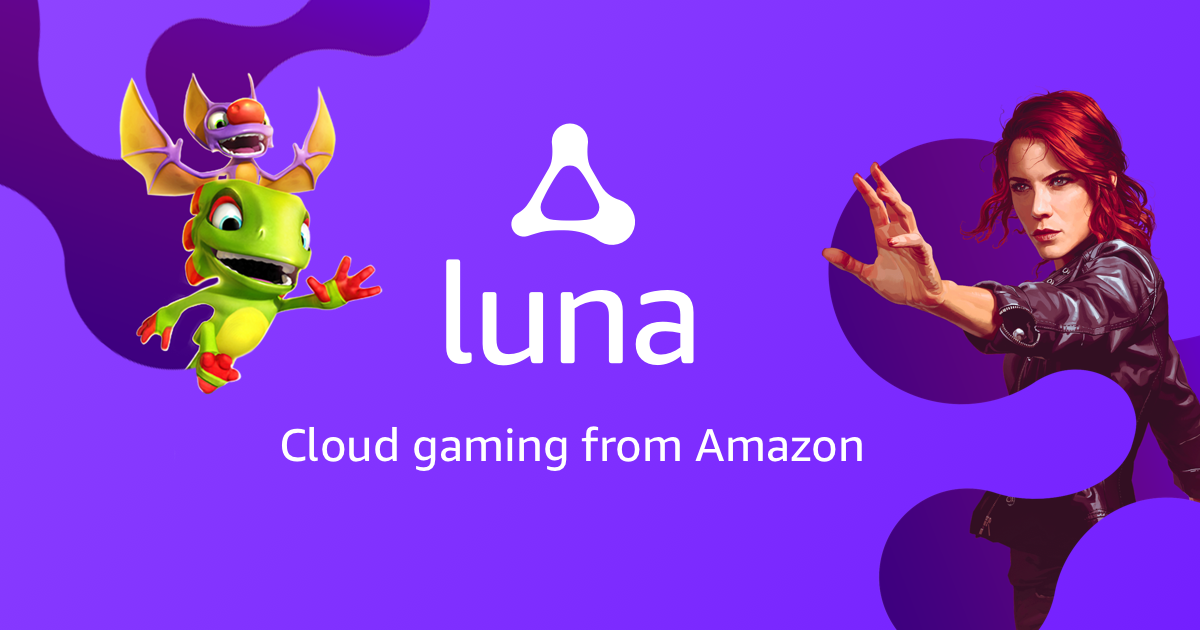 Apparently CONUS only (continental US ).

Currently in closed beta by the looks of it.

Seems like companies really want to push forward with the whole games as a service…literally. The controller might be nice if it didn’t come with Alexa.

I just don’t get how these services make money. Are there really that many people who would use something like this?

Apparently CONUS only (continental US ).

One day they will figure out how to lay giant underwater cables on the bottom of the Atlantic Ocean and we can have worldwide internet services … oh wait.

I’m honestly a little surprised that Alaska and Hawaii got the short stick. Then again, when States do, it’s usually those two.

Most likely because they don’t have data centers in Alaska or Hawaii that could provide a reasonable streaming service and I don’t think I’d like to use a remote gaming service across Atlantic cable lag either.

So there is a library of games to access for $5.99 monthly subscription. Not bad. Cheaper than when I bought games on gamestop and sold it back for pennies. I can see myself subscribing for a month during a vacation to get as many games played as I can.

It bothers me a little that I won’t “own” the game. But for several years now I never really cared to own box game copies. Not to mention the obvious internet connection problems that need to be solved.

At least it is not like google stadia where they wanted you to buy the game again.

Uh oh. Reading the site again, I think I have some of those popular games. I don’t want to look at my 3 libraries to see what I have. But it will lose value if I already own the games they have.

Worse! I have to buy their game controller to access games? The thing better be durable.

All in all. It looks ok and it won’t be amazingly successful, same as the other cloud service games. But I’m sure Amazon can keep it afloat with all their money.

Worse! I have to buy their game controller to access games? The thing better be durable.

Which controllers are compatible with Luna?
You can play with the Luna Controller, Xbox One controller, DualShock 4 controller, or use a mouse and keyboard.

I would imagine any type of controller you have would work. My fear is what will be the price after Early Access and also the Ubisoft section looks like it will be an extra charge. If it is anything like Uplay+ it will be way overpriced.

I read the advertisements as meaning the Luna controller is the only way to access the Amazon game servers. But I suppose you can use other controllers by logging on and playing at your computer?

Powered by Cloud Direct technology
Connects directly to Amazon’s custom game servers when playing on Luna, reducing roundtrip latency by 17 to 30 milliseconds vs. a local Bluetooth connection among PC, Mac, and Fire TV.

Just pick up and play
Since Luna Controller talks directly to the cloud, there is no need for device-specific setup. You can easily game between screens - no pairing, just play.

I guess they stuffed a specialty bluetooth and wifi into the thing since it is completely wireless. It will need a good battery or some way to play while plugged in.

I will wait for the regular youtube reviews once it leaves early access. Which is another thing that bothers me…“early access” but nobody is showing reviews yet. Meaning they are either under NDA or it’s a small group whose opinion I will be suspicious of. A lot of the videos I see were from people talking about Luna, but nobody getting early access.

And even if normal youtubers only had 2 hours to use it. They would crank out a video review the next hour to be the “first” in search results. Very suspicious and I am very tinfoil hatted.

I really don’t plan on using it. I anticipate GN ripping them a new one once they are able to get access.