About the Site Feedback category

Have problems? Got a suggestion?

Hello, the game Warhammer: End Times Vermintide which is the site is promoting right now is 18 dollars and as a Turkish gamer it makes 50 Turkish liras(TL). Now the problem is at steam the game is 49 TL without discount. I just want the site developers to know that if you won’t get a system like steam which is making games cheaper for other regions I’m sorry but you are going to lose tons of people like me, I must add that the thing you guys are trying to do -supporting the indie developers- is noble and I really want to buy games from here but not in these conditions.

I don’t understand, on steam for the Turkish store it’s priced as 49 TL? That’s $16.95 USD ie: the lowest historical price for this game, and it’s not even on sale? There’s no way anyone can compete with that, if it’s that low just buy it from steam.

EDIT: Yup, it’s definitely that cheap (can compare via https://www.steamprices.com/au/app/235540/warhammer-end-times-vermintide ). That’s interesting. I stand by my point though, they’re a US based company, and this is the lowest price it’s even been in the US so they’ll lose money if they try and compete with such low prices.

Well, it’s been 19 days and nobody replied, so lemme explain.

Steam has been giving different prices for different regions ever since I can remember.

Steam store will even show you different prices for different regions, so where you are from actually has a BIG impact on the price of your games. Here’s an example of Tabletop Simulator, one of the games that was featured here:

Apparently the developers posting their game on Steam can choose all the prices themselves, for example if you check today’s deal A Walk in the Dark: https://steamdb.info/app/248730/ you can see that the prices are modified and the game is actually cheaper in the EU and more expensive in the US by default. In the same way, Turkish Steam users have cheaper games than other regions.

However, in your case, there is one difference.

If you buy a game through your Turkish Steam, the game will only work as long as you stay in Turkey. If you EVER go to US or any other region, the games you bought from Turkish Steam will either stop working completely, or they will work only without Steam stuff (no achievements, no trading cards, no multiplayer/matchmaking through Steam). Some games might still will work normally. This is because the CD-key is region locked. Fun fact: Steam has no issue with transferring “expensive” keys into “cheaper regions”, therefore a person moving from US to Turkey would keep all his Steam games fully functional.

Nowadays, if you ever check a game on a digital marketplace, you can sometimes see a label “game CD-key RU/CIS” or different ones. These are region-locked CD-keys that are only valid for a specific region. A Russian Steam user would be able to use this CD-key, while a Turkish Steam user would get an error. So if you are ever buying on a marketplace, you need to search for your country CD-key or search for a “global” CD-key, which will work for anyone. Of course, “global” CD-key will be more expensive than a “RU/CIS” CD-key.

Several years in the past, a player could actually buy the game in another region for cheap and (for example) gift it to someone in a more expensive region. This was good, because friends could trade games across the globe and there were no issues. However, some people started a business by buying CD-keys for cheap and reselling them to more expensive regions, which obviously cost Steam money. Steam discovered that and they created region-blocking on ALL Steam CD-keys to prevent reselling. The side effect was that friends from different regions can no longer trade games in any way and people who travel to different countries will have issues playing their games.

Chrono.gg is unique, because it sells Steam keys directly from the developers.

In other words, there is no Steam pricing shenanigans involved (other than downloading your game through the Steam software). All of the keys from Chrono.gg are “global” CD-keys, but you can buy them with USD instead of whatever is your primary currency on Steam, and the games will never stop working if you simply travel around the globe.

So, paying more money and buying your CD-keys from Chrono.gg actually has another use. Even if Steam already offers you the game cheaper. Yes, if you plan to stay in your country forever, then buying directly from Steam will be a better deal for you. But buying from Chrono.gg is definitely a good deal for me, the whole EU and the whole US, so I wouldn’t worry that they will lose too many customers

I have a small suggestion/request: would it be possible for the Transaction Receipt email you get after a purchase to include what game the receipt is for? Currently it only lists the amount. Similarly, if I pay with PayPal, in the confirmation email I get, the Description field is empty. It should include what game I bought as well. I save my receipts to keep track of purchases I make in different sites and this is the one where it is difficult to know what I bought when I look at an old transaction. Thanks!

Hay guys i’m having a slight problem with (possibly) the site not picking up my timezone properly? Is there a tool that I can use to submit issues (something that checks the sites state on myside)? 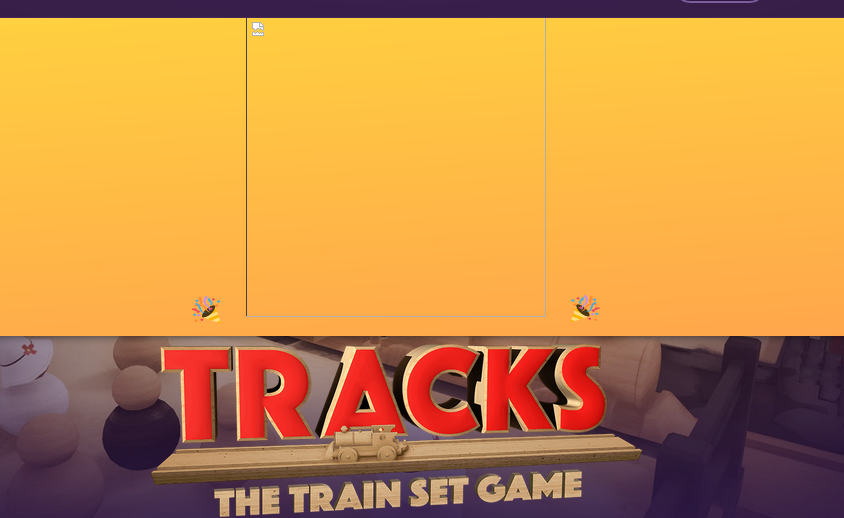 Thanks xist. This should be fixed now.

Could you please add in a search bar for your ship so you can see if a game you have been looking for is on the shop yet.

Awesome graphics and soundtrack can be shortened to “Awesome presentation”.

Umm, i’m not sure but i’m pretty sure I lost my streak even though I wasn’t supposed to.

Suggestion for the Coin Shop

The coin shop, right now, it feels a bit disappointing. It says "New games every 2 weeks!"
But the sads thing is every two weeks the same games manage to roll over to the next week over and over again, when finally some new game gets added, a feeding frenzy erupts (and then drama boils up because someone didn’t get a chance to pick up a game, but that is mostly because everyone is tire of seeing the same stuff for months).

What if, you refresh ALL the games slots and get more titles lined up that make your users EXCITED about checking in every 2 weeks. You can then rotate the games on a carousel so that your users don’t see the same sad game title that no one seems to want for months on end. It will give the shop a bit of an artificial jolt of new life, even if it technically isn’t all new games to see, however the depressing feeling will no longer linger every week. Your users could see many different games from the archive plus 2-3 actually new additions.
It could drastically break up the staleness of the coin shop and bring up the energy

In the coin shop, Hotline Miami is labeled incorrectly. It does not say that it supports macs when it actually does.

I can’t stand captchas. I understand the need for a captcha for certain tasks, like repeated login attempts to thwart hammers or for a registration, when it is unknown.

But why do I need to prove I am a human when I have the username and password. Are you protecting me from robots that have my credentials? From my region? With my cookies and useragent?

Also, as a web developer told me, as I was strangling him, recaptcha has settings on how nervous it is. For example, if you have taken many or are a trusted IP you can skip, whereas IPs that have had many attempts or fails get prompted.

Also also, security smhecurity, please top kicking me periodically. There are only about 4 sites that do this with regularity and it stinks. Even Paypal allows you to mark this PC as trusted.

I periodically collect coins only to be thrown an error, told to please try again, doesn’t work, reload the page, notice I am not logged in, mumble, click the captcha, NEVER PASS, mumbling louder, followed by at a minimum 2 passes on the “guess what I’m thinking” and then finally have the opportunity to nitice that I may have typed it wrong.

I know you care about your security, but that argument is sorta flimsy when considering that Google and Microsoft themselves don’t have this much barbed wire around accounts. In fact, Google claims that based on cookies and invisible gifs I should never have to fill one of them ever again.

I feel like someone just cranked the setting to 11 and left.

WTF!!! I keep failing the captchas, it’s like a loop, no matter what I do, it keeps telling me to try again and I can’t log in from my computer.

I don’t mind captchas in general, but the captcha “strength” on Chronogg is way too high. I almost gave up registering.

I guess that because of how ChronoGG works, there are probably people making a ton of alt accounts and botting for the free coins.

A page with all Chrono reviews, poems, stories, anecdotes and descriptions for games you’ve had on sale.

They have the most tenuous connection to the game they’re describing and I love them.

Even without the coin shop, I’ll be here everyday just to read them.