"A WAY OUT" Walkthrough 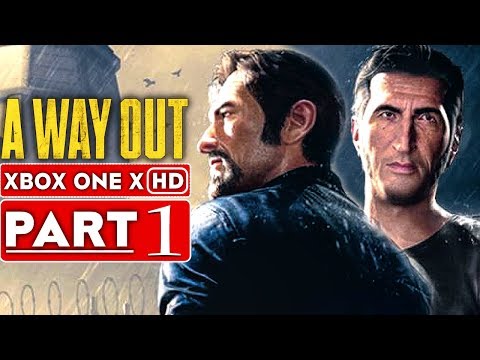 Dude that was just too much clickbait

how is it clickbait; it’s literally what the guy shouted out at the video game awards; it’s a great reference cuz that’s basically what he’s known for now (besides brothers, a tale of two sons, which he also made/directed but most ppl wont even realize that’s him). I’m convinced more ppl know about “F*ck the Oscars” than about the actual game, lol

I haven’t heard of it before, it being the game OR the man lol

this is the REAL shit

he actually had a career in film before

that’s not the point; it was a moment which u either witnessed or didn’t; it wasn’t supposed to be explained either i guess, ppl would either recognize the reference or they wouldn’t, but u changed the title, lol

It was a kind of clickbait afterall tho, just putting more or less famous quotes into the headline is just that, esp. when it’s swearing, that’s the most common one…
change it back if you think it was so accurate

enjoyed watching this playthrough a lot