A trade for Sins of Solar Empire (CLOSED)

Hello Dear friends. I know this game was given away for free before, and i have a HUMBLE BUNDLE copy of it. It s worth 40$. If anyone didn t have the chance to lay his hands on,or wants a friend to get it for a special price, i m planing to give it away for 25$ steam gift card. Is it a bad or a good deal? Lemme know in a comment if its a good deal, or if you want to help me get rid of it
REMINDER: I LL SEND A HUMBLE BUNDLE LINK IF ANYONE WANTS IT

sry to burst your bubble, but that might be hoping a fair bit too much, unless you get really really lucky 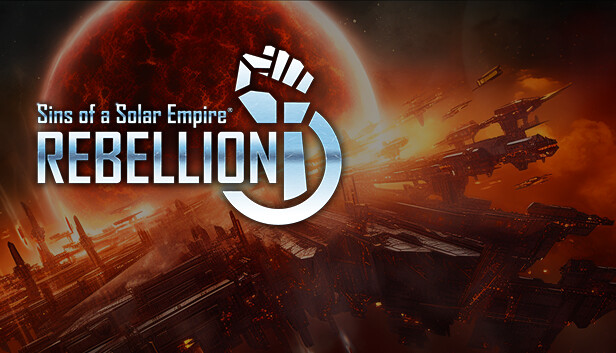 and usually games trade for less than their current sale price even,
and if that someone is keeping score, they also deduct value depending on bundle price game has been in/how often bundled, or/and if it’s been free too, driving their potentially willing trade offer value target lower again

Hey there, I usually try not to devalue a trade offer but since you asked I will let you know that you are asking for way too much. I have been trading for quite awhile and in the grey market we really dont go by Steam price. The amount of times this has been bundled and given away has really lowered it’s value. Sorry to say

It was also one of the three games in the $1 tier of a recent bundle, which would value it at $0.33 to free.

It was also one of the three games in the $1 tier of a recent bundle, which would value it at $0.33 to free.

Wasnt it even a giveaway recently? I think on Humble Bundle.

indeed, free for 2 days not long ago

So you’re telling me he’s selling the giveaway link for 25$? xD

It is probably from the bundle and not the giveaway as it is a gift link.

no, that would be impossible, since humble removes freebie entries in account after the expiration date is over, -so would have to be manually written down key if from that giveaway
i’m guessing it’s from one of the Humble bundles ?when MCharbel still has the entry in account/link to send

Just a reminder that we only allow game for game trades here, no trading of gift cards or money/paypal is allowed.

Also, it happens to be sitting in the forums with a giveaway tag. Let’s move it somewhere, where would it go? Just off-topic?

We do?
Can’t say I’ve seen that specified anywhere, in fact I have not seen any rules written about trades at all. There’s a thing about not reselling chrono keys on the grey market in the TOS, but that’s for the shop side of things and I’m not sure how it would apply here.

sitting in the forums with a giveaway tag

Well he IS pretty much looking for someone to just give him $25 so it’s not entirely wrong. : )

I pretty sure this was set out by the Chrono lads at some point, can’t remember where or when.

I’m sorry but it’s basically worth nothing by now

So I can’t find the anything from a long time ago in the forum, but this is from the discord.

Ok @lonin’s wishes are noted, but how are we supposed to know to follow rules when they’re not written down anywhere but casually mentioned at some point in a fleeting chat on a whole other site?

Becuase they were mentioned on here before at some point, if you want me or one of the chrono people to make a stick post with rules of the forum I can talk to the mods about it.

There’s a FAQ section which contains lose guidelines for desirable behaviour of participants on the forum, but since there are no hard set rules it seems a bit odd to me when something is pointed out to be explicitly against the rules.

For the most part we’ve been running pretty well on the lose general guide lines and there’s been very few things that really required correction other than the odd spammer.

It is in my opinion rather important that if there are to be hard set rules then those needs to be written down, made public and be easily accessed before they’re enforced. The FAQ would be a pretty good place to have them posted I would think.

Hello Peter, deleter of Posts XD
I ll remove the post. After a bit of research, i discovered that the game is worth bout 3$, therefore i ll close this post, and i ll trade the game locally instead of online