A Hat in Time for Switch 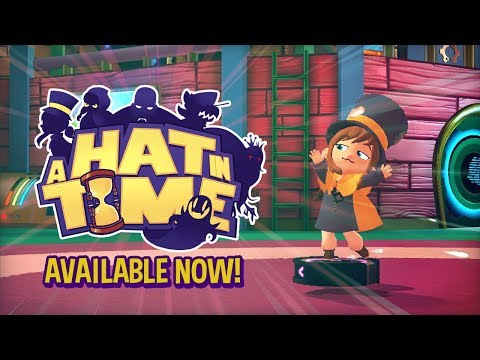 Anyone planning on getting this? I already own a copy of A Hat in Time on Steam + Nyakuza DLC. I didn’t get the previous DLC because of mixed reviews, but the next one after people came out liking it. Honestly it was only a matter of time before the game gets ported: not developing a port would be a lost opportunity so I’m glad there is an option for the Switch. I don’t have a Switch so I’m interested to see if this version is appealing enough to you guys,

I love your profile picture.

The few hours I’ve put on AHiT on Steam were fun ones, although the game is made with a specific public in mind – people who used to play those Mario Whatever games and similars, which I haven’t – which means it didn’t feel nostalgic at all to me.

Since I don’t have a Switch there ain’t much I can day about a switch port, but I can definitely see how this title would be ridiculously compatible with that console and its audience.

I just want to remind everyone that might buy it that it will not have Nyakuza at launch, kind of a big deal.

@choujiacheng Seal the deal is a pretty fun time other than one particular mission that might just make you rage quit.

Aww, that sucks. But thanks for the recommendation I’ll see if it is sold on a good price.