Explain the ending of Matrix Revolutions to me. I have watched it many times and still do not understand what happens in the end. Does Neo die? Do the machines just reset everything? Is there an actual truce between man and machine?

There’s a lot of random posts today that I think are related to the Game Shop game, but I can swing at this one.

The Matrix starts with and attempts to tackle Putnam’s Brain in a Vat that is a scientific version of Descartes Evil Demon. There’s a force outside of us that has locked our brain or spirit in a Vat or Enchantment and everything we experience is controlled by that entity. The Matrix is the Vat or Enchantment. The Machines are the Scientist or Demon. Nothing else is provable except what one can think for themselves without outside Stimuli.

During the discussion with the Agent, who claims they have broken away from the Machine Code later, the Agent says something like, “we tried a perfect matrix, and a bunch of matrices, but the human brain couldn’t handle them.” Then later The Oracle and someone, maybe the Keymaker, have input like, “maybe this was all part of the Code, even the Agent.” Or something, it’s been a while for me. It doesn’t matter. The point is what the mind will accept.

So, what do I think the ending means? It differs from the discussions people have had with the producers and stuff from the film.

The perfect way to keep a slave as a slave is to convince them they are free.

Neo never left the Matrix ever. In fact No One left ever. The Machines (or whoever is outside) created a hero story with their massive computing power and put Neo into it. He lived his entire life as a battery and died without attempting to rebel ever because he believed he was doing it inside his mind. Everyone who is a battery is living their own hero story. They all awaken special powers and save the world and provide their life energy to the Force who is taking it without complaint.

Why is the End of III so oddly anti climactic but serene and peaceful? Because Neo finally left the Matrix. His death is the only time he left and that’s why there are colors beyond what he saw in the “real world”. The creators say “we wanted the colors, green, blue, red, etc. to signify things in the movies so that you know where things happen.” But there are no scenes with a true range of colors until he dies.

Everything else in the Movies is a lie.

What a coincidence I found this answer in my suggestions! 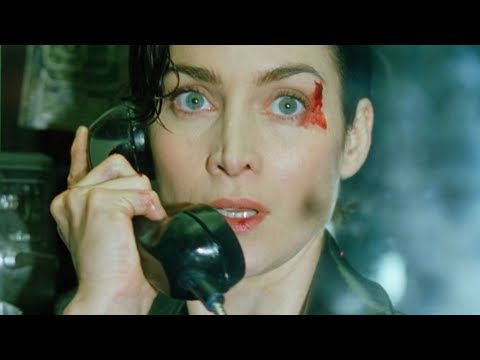 Oh. And there was a game Matrix Online that kind of continued the story about the truce between humans and machines.