Inspired by @CptMold’s “Your Favorite Generally Hated Games” what are some games that it seems everyone likes, but you don’t?

For me it would have to be Borderlands 2. I’d say the main reason why was actually the weapons. I distinctly remember in Borderlands 1 getting a large variety of all sorts of weapons but in Borderlands 2, I only ever got the same variants of just a few weapon types. It also wasn’t helped by how it felt like each time I played it I was starting over from the beginning with a friend so I got tired of just doing the same intro over and over again (ironic if you know me well enough), and then that boring and repetitive association just kind of carried over to the rest of the game.

But what are some the games that you don’t like that others just do for whatever reason? Am I wrong for disliking Borderlands 2? Is your fellow Chrono Community member a commie? Or should he just give their game a second chance?

Bastion is the first one that comes to mind.

Right away I couldn’t take the game as serious as it wanted to be, because that deep, rough narrator’s voice combined with the chibi Albert Einstein was as good a pairing as ice cream with tuna, but the gameplay itself was actually turning me off the most. It’s been a long time since I’ve played it, so I don’t recall the details, but what stuck is that it felt like a damn chore playing the game. I had no fun at all and wanted to beat it solely to be on par with games media. When I’ve beaten it after 4 hours or so I was so relieved, you wouldn’t believe.

Yes, the soundtrack is great, the narrator’s voice is amazing and the art style is pretty, but everything combined just didn’t pair as well. It all felt very disconnected from each other, like oil and water, it just doesn’t want to mix.

Any of them, I guess, though New Leaf is the one I’ve been trying to “get” for the most amount of time. This whole franchise looked like it was destined to be one of my favourites. Relaxed life simulator, childlike cartoonish graphics, chibi characters in a world where nothing bad happens, lots of stuff to do over time and lots of new folk to meet. Players said it appeals to grown ups due to how real it is, and it was praised in many lists like “what to play if you like Harvest Moon\Stardew Valley”.

Ah, and the design for Animal Crossing-themed Nintendo New 2DS is simply adorable, and this edition comes with the game, so…

At first, it was just a little boring, though manageable. Fun to run around and do little tasks. Then the characters started sneaking on me, offering to visit their houses, and then making tours showing off their furniture. Poor guys have pretty much no interest in life except gathering furniture and placing it in one corner or another. When they socialized with me, they mostly wanted to snoop around my house and rate my furniture, too. When they asked questions, most of the times it was about furniture/decorations/how should they dress/what they think their new catchphrase should be. This behaviour seemed weird to me, so I’ve created a new save file and called myself Master, so that their dialogues looked more appropriate.

After financing several buildings for the town, exploring for quite a bit. traveling and attracting new villagers (all felt like a chore), I’ve dropped a game for a month or so. When I decided to come back, practically every villager shamed me. They were very angry at me for the state the town came into till I was gone. Apparently, it was my fault that none of them actually did anything useful. So much for a game that is promoted as anti depressing. Won’t pick it up ever since: no guilt-tripping in my entertainment

For a game set in an incredibly detailed and fleshed out world, the UI is terrible, and required fiddling quickly ruins immersion, the beautiful world feels largely empty and the game always feels like I am not playing it ‘how it is meant to be played’. The skill system makes me feel like I am punished for trying new things and often requires far too much work for things to be rewarding to try.

this is the thread I was waiting for.

I second Bastion and Skyrim and feel pretty well repesented regarding what you guys had to say about them.

There’s a certain opinionated GIF I’ve posted in another thread that should be left buried for my own sake. 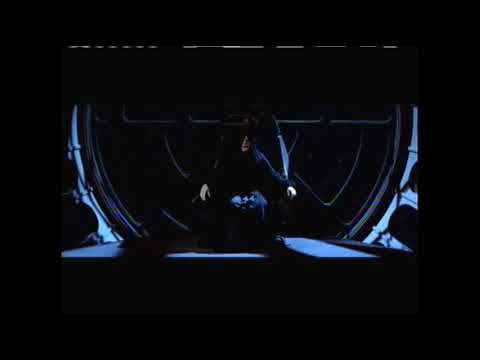