Just because it says it may increase its price doesn’t mean it is a good thing or those who are complaining didn’t already know they would want to increase the price… it doesn’t make them ignorant, it means they disagree with the practice itself.

I’m really looking forward to these.

I’m really looking forward to top tier memes in this game. It really reminds me of SWAT 4. Plz don’t suck.

Lastly, this. I’m a huge fan of Mega Man. This developer is as well, and their last game 20XX was a fantastic “Jump and shoot” game. I’ve played the pre-alpha demo of this, and it’s fantastic. Really looking forward to this release.

I know what your thinking, how much do I like Mega Man? This much.

You do have the option to not read the discussion(s), nobody is forcing you to read it.

I know, I’m mostly referring to their post about the new zone and the price increase on the Steam’s activity feed, I wouldn’t dare to go directly into the steam discussions. Can’t help but glance at some of the comments when reading through the feed. It’s easier to reach them for feedback through discord than that.

it doesn’t make them ignorant, it means they disagree with the practice itself.

What makes you think developers don’t have right to increase the price of their product as it is being developed? The Early Access is there for players who like to try early and/or provide feedback. You can sure buy it now and wait for the final release, aka gamble/support, or hope for a sale in the future if you aren’t desperate to play. But please, don’t speak for everyone else. From what I’ve seen, I’m pretty sure there are a bunch of ignorant people that never ever reads what’s in there and proceeds to complain later.

Usually developers will have a set price for what’s worth the final product, if said product will reach that price/value after development is uncertain. The Early Access titles that comes with this reduced total price is much more reliable than ones that you pay full price right away, since you don’t really know if the game will reach its goals.

As for the price and value for Temtem, I feel that is justified for the kind of game it is, a monster collecting game. People who buy into this know they can probably spend hundreds of hours in this game, grinding, farming, battling, breeding, etc.

As someone who have bought and played up to the first blockade (before Kisiwa release), it’s totally worth it, the developers are dedicated and listens to the community (every patch note you can see tagged changes that were based on community feedback), the game has quality and potential. One thing to note is that the game is a MMO, so it will likely have continued support after release, like events and that kind of stuff. Some people say in their experience that it was more satisfying than its direct rival, Sword and Shield (I can’t say it for myself since I don’t own a Switch).

If you need more info on what the final product may look like, they released a roadmap not too long ago.

That’s all I have to say, and I’m sorry if anything sounded offensive to any of you, that wasn’t intended. I am going to wait for the next update so I can play for a good another 50+ hours before taking another break until the 1.0 release next year. Need ma quest diary!

Sloth typed too much and is now tired, time for a nap 🦥

Releasing in ~12 hours from now.

Temtem has done multiple balance, bug fixing and small additions patches without a price increase, this is the first increase since early access release because it’s a whole new island of content. It is likely to end up costing 40-50 USD at full release, would you be satisfied if that was their early access launch price without any more increase instead of the initial 35 USD with increases until reaching that value? I’m not really following your logic here.

The two methods are simple. Let’s take an example of a game set to fully release once early access is done with a price of 60 USD.

Both cost the same, but using different selling approaches. Some game developers/publishers won’t offer discounts when using method #2 until the game is fully released. But sometimes they will do in case they are in need of the extra money boost that sales can provide, so they’re able to finish the product at a cost. While method #2 has some money saving for the consumer in case things don’t go through, with method #1 you’re going all in even though you don’t know if the game will ever release, but they are more likely to offer discounts during the development.

Early access is a tricky thing to developers and consumers, like I said before, it’s all a gamble. If it bothers you that much, it’s better to avoid any early access game entirely until it reaches full release, if it ever does…

I don’t think you understand. It isn’t about whether or not they stated it it will increase in its early access information, it is that they do it in the first place. Bannerlord may not do it, but my point was “imagine if it does”. It is unacceptable behavior, which encourages further bad behavior.

It could be far worse, I remember when the Ark Survival devs released paid DLC during Early Access. At least with Temtem they informed everyone of their plans prior to the increase.

I wishlisted that today. I love this colour scheme to the max.

The gameplay is good too. 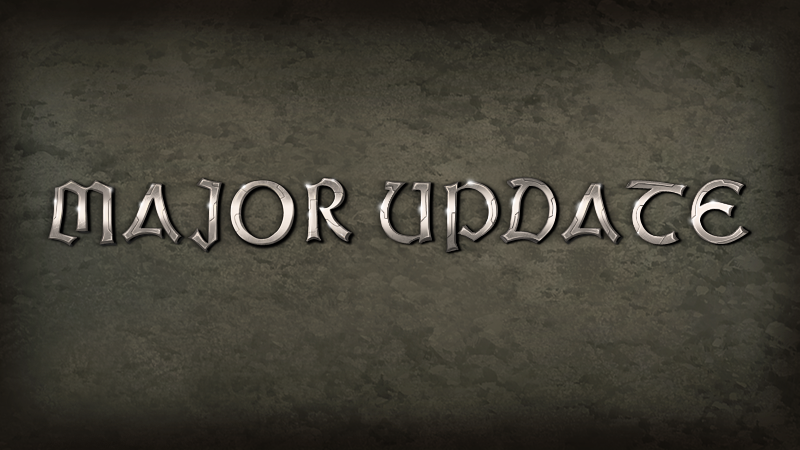 Hey everyone! I can't believe I'm typing this.. but I have set a release date!

The Early Access price will remain with a small launch discount for a few days, to give everyone who’s been waiting for full release a last chance to pick it up at lower price point. Afterwards, the game price will increase a few dollars to its intended full price.

So, if any of you who might have an interest in this, get it while you can since it’s a fairly cheap price for an amazing game. I’ve spent 300+ hours and more to come!

It’s finally here, I am going to cry.

Unfair, too darn cute. No idea what it’s about, but this is heartstrings manipulation I tell ya!

No idea what it’s about,

I’ll see myself out

Looks like VTM: Bloodlines 2 is getting delayed until some unspecified point in 2021. So here’s hoping they hadn’t turned up the hype too high to create a huge backlash of disappointment here.

Though I tend to stay away from such things I have not had the impression they’ve had the marketing hype machine really running at all yet so I think the larger reception will be one of hope rather than despair. More and more people understand that delays are good for the end result and that pushing out an inferior product to fit a schedule isn’t a great idea. 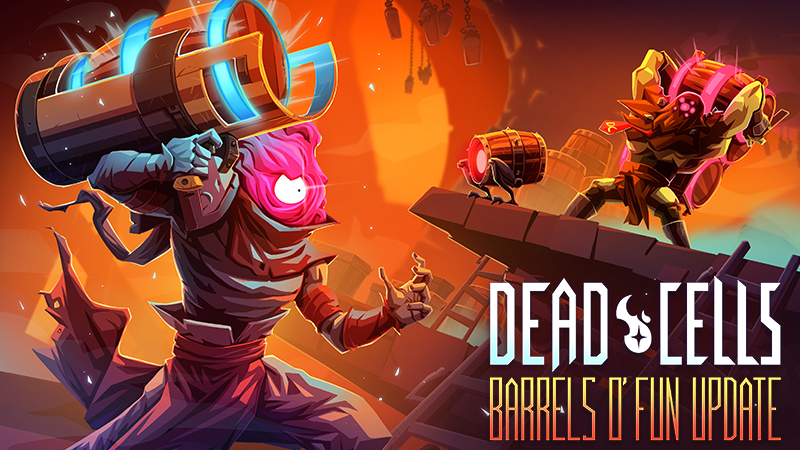 Our 20th(!) update brings a whole new late-game level, with the usual new weapons and enemies. Plus a full new 8-bit style soundtrack!

I don’t quite understand the whole deal with the barrels, is it an inside joke or just homage to Donkey Kong? I haven’t touched Dead Cells in a long while, so this whole thing seems a bit off to me. But hey, more content!

Man, I heard a false rumor that they would release the remaster for Crystal Chronicles early, on August 14th. I was gonna be very happy for a b-day surprise, but them trolls got me.

Anyone looking forward to Total War’s Troy on the 13th, or Microsoft Flight Simulator on the 18th? I’m planning on getting a Thrustmaster HOTAS and the simulator looks sooooo good. xD