this is a pretty good bundle, its just a darn tooting shame I JUST bought the potato shop game at Christmas AND I got lords of the fallen when Chrono was doing it, so I thought I’d use it somehow and post it up here so someone else can enjoy, this looks like a pretty good one for fanatical. and it’s relatively cheap too. wow The warlock atop of fire mountain is on this bundle too but here is a topic to discuss this bundle and anything inside, I just downloaded Lords of the fallen the other day after it being hidden away in steam for ages

so we can all talk about any of the games or anything else about whatever that may or may not be related to the nemesis 5 bundle xD discuss away!

Yeah that looks like a really good bundle.
Things that are standing out for me are The way, Warlock of firetop mountain and maybe Space hulk Ascension. I already have Vermintide but that’s a pretty good game too if you enjoy that sort of thing. The fall of the guardians seems good for it’s kind too but I don’t know if I’ll get into that one.

@Fraggles, I agree that tier 1 looks pretty awful, tier 2 looks like the way to go.

tier 3 is a good price for lords of fallen. it goes for quite a bit cheaper individually but the other game looks okay, couple quid more for a good looking MMORPG might be okay but it’s not worth paying for that and trading off lords of the fallen, everyone who wants it would probably buy it, it always goes on sale.

infectionanator is really good too I already have it though also putting me off getting any of it.

Edit: Hey if anybody buys Tier 1/2 and doesn’t want The Fall of the Dungeon Guardians - Enhanced Edition or Holy Potatoes! A Weapon Shop?! please message me and help me take it off you

(this means I offer you stuff for it, not thievery)

STAHP RUBBING IT IN

I can’t afford it and its probably already ended

Who’s rubbing in what? What has ended? :o

I have space hulk ascension, it’s a very scary game, and thats hard to come by these days

I can’t go back to it because it’s:

A) Pretty damn hard, and unforgiving, permadeath was there but I don’t remember if it was an option.

B) Dark tense atmosphere, spoopy aliens flying out of holes, that you have to leave guys to gusrd so nothing else comes out and slowly dwindle your squad (dunno if its the right way but it was the most effective for me.) so its like a horror movie until its just you left. SPOOPY, fun game.

also Warlock of firetop mountain is very good, I got it on a humble tiered bundle recently, it feels really nice, randomised and chill, I like that one too.

The other tier 1 games looked fine to me too, the minecrafty looking one might be someones dream game

it looked fine to me xD

the other one less, it looked mediocre at best. but you never know when theres no games left it might be good. the cutscenes looked good I guess.

@anon74641759 The deal on the surge ended, and I couldn’t get it, ran into some trouble, also had to set back my purchase of DBZF :’( its a bad time for games purchases at the moment for me.

edit: I was watching the time count down… and now it says 4 days left… Im weirded out do they just extend sales forever like couch shops?

Lords of the Fallen is a game that I thought I’d want to give a go at one point in time. But it got such luke warm reviews it seemed like they got everything just kind of almost right but nothing reaching greatness and seeming to maybe just try to ride the coat tails of Dark souls. This might be an entirely unfair image that I’ve gotten though and maybe additional work put into it since release has polished up the weaknesses it had.

The biggest mark against it right now though is that the thing still has Denuvo active and thus I will not be getting it.

I come back, once again, to the difference between being an adult and a child, and the struggles that I face…

Child me: I want this game, this other game, and that one too!
Parents: No.
Me: Please?
Parents: Pick one, and you are not getting anything for the rest of the year.
Me: Much rejoicing…

Adult me: Bundles, bundles, more bundles!
Me again: Too many games not yet activated, but more bundles keep popping up!
My Id: I can get whatever I want! Buy more games!
My Ego: With more games, I can spend more time playing different games, this is reasonable.
My Superego: You have more games than you can possibly play, and you are still buying more, is this really reasonable?
Me: Splurge!

I am really trying to be conscientious about buying a this time, thus I have yet to click on it, but it’s so tempting!

Only thing i like in that bundle is Still Not Dead watched IamPattyJack play it looks a nice game. 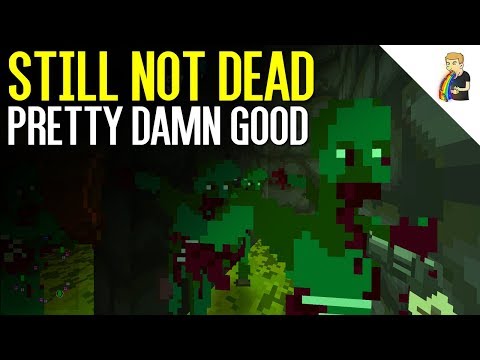 probably worth mentioning that the “Lords of The Fallen” in this bundle is not the steam version it links to (fanatical bundle gives steam key for Deluxe edition, but links to GOTY, -you don’t get GOTY)
Included in this bundle is the “digital deluxe edition”
the one humble steam and everyone regularly sell for like 5-6bucks is the complete packages “game of the year” -which includes all dlc
the one in this bundle includes no dlc, just the regular deluxe tat, map and artbook…

realizing this made me aaa lot less excited about tier 3, (even more since the other game is an MMO, yark, and early access at that)

anyway, just an fyi for those considering tier 3 for Lord of the Fallen…

okay no yeah that would RUIN it for me.

it should be either Steam GoG or any other accepted client. not anything risky and random like demura or something.

AND as mentioned, the one for 6 “bucks” (why you guys trade in male deer I’ll never know) is the WHOLE edition, it is the version I have, but the other two tiers still look pretty fab! tier 2 not as much as tier 1, some of those tier 2 ones are kinda naff looking.

i mean it’s still ofc a steam key, it’s just not a steam key for the steam link it directs to
the key they give you have 0 dlc
the key steam now sells(that the bundle links to), along with humble, and most other places, that sells for the “price jump” from t2 to t3 is the GOTY -complete edition, with all dlc, making the t3 utterly abysmal if only doing it for Lords of The fallen
-since you could get the full edition for that exact price difference on it’s own anyway…

oh alright, I read it as “this game isn’t redeemed on steam” haha my bad.

still not a good tier unless you get all DLC just because you can everywhere else.