Today’s deal is Bloodstained: Ritual of the Night!

YOU’RE ALLOWED TO SAY IT ONCE

Oh man, have you played Bloodstained yet?

What? A lot of games are coming out right now, what is that again?

It’s like a brand new game by Koji Igarashi in his signature style, except you’re not a vampire or a vampire hunter, you’re a-

Oh! Oh! Oh! I know this game now! This is the one that’s like Mighty No. 9 to Mega Man, except for Symphony of the-

Ehp! Ehp! Ehp! Careful now, no one likes to compare a new game to an older one.

Oh come on, what? You’re telling me that’s not exactly what this game is? Miriam’s moves and abilities are EXACTLY like Alu-

WHOOOOOOOOA there, cowboy! That’s his name, but don’t wear it out, you know what I mean?

I…I guess. Why did you want to know?

Umm, because it’s awesome? Because…I care about what you, my good friend, thinks? Because you have good taste?

Sure. Well, yes, I have heard of it but I haven’t played it. Just didn’t quite strike my fancy.

What? But…IT PLAYS EXACTLY LIKE SYMPHONY OF THE NIGHT!

I mean, isn’t that your favorite game? Why wouldn’t you play this? Is it because it’s not different enough? Are you not impressed? Were you turned off by David Hayter?

David Hayter’s in the game? What?

Yeah…as if you were ever gonna play it.

FORTY BUCKS! Jesus! What am I, a boomer? Do I LOOK like I’m made of money?

Oh shut up. You’re a surgeon.

Whatever. Besides, Chrono’s got the game on their site for like $28 bucks.

Ya. Anyway, glad I ran into you. What are you doing at the movies on a weekday anyway?

That tickets not nothing, what does that say?

Are you…going to see Frozen 2 by yourself at 3pm?

There is no judge but god.

The official trailer for Bloodstained: Ritual of the Night:

It’s basically “Symphony of the Night” with much prettier graphics, better voice acting, a wider variety of attacks & powers, and slightly worse music. So, for me at least, it’s fantastic. I’m on my 4th playthrough.

After putting 40 hours and getting all the achievements I can safely say this game was definitely worth the wait. Loved every single minute playing it and if you’ve been having that Castlevania itch, pick this up ASAP. Especially if you’re fans of Symphony of the Night and Aria of Sorrow.

Why are we implying there’s something wrong with a grown adult watching Frozen 2 in the afternoon for matinee pricing? That’s just smart…dodge all the school crowds too.

Bloodstained is awesome! I have it on switch. If you’re a fan of Castlevania, especially the metroid-vania ones like Symphony of the Night then GET THIS GAAAAAAME.

I guess @Danacscott’s laptop is officially no longer a potato. It’s a toaster.

Those look like pretty high requirements for a 2.5d platformer game. Did they even bother to optimize it at all?

I’m running an i5-3570 and a 970 which is able to run witcher 3 at 60fps with only a handful of lesser important sacrifices. According to this I barely reach minimum standards.

I guess @Danacscott’s laptop is officially no longer a potato. It’s a toaster.

I find requirements , both minimum and recommended to be pretty inaccurate most of the time. Some games just run good ( Witcher 3 for example) and some run like crap ( Rage for example,it’s recommended specs are so low but it still runs like crap on modern machines ) and it’s down to so many different things.

Since I played the backer beta, I can say that the optimization happened, it’s not the best but it was definitively an improvement from what it was. I was able to play the game on my potato enough to get 100% achievements. Only major issue being having a huge fps drop after crafting, then having to to go to a stable area for it to reset back to normal (Intel GPU kek). All streams and videos I watched had the game running smoothly on PC and PS4, only Switch being the sub-optimal, even though they worked on updates for that after launch.

I want to play as a Wesker egg while listening to David Hayter’s voice… Oh wait. 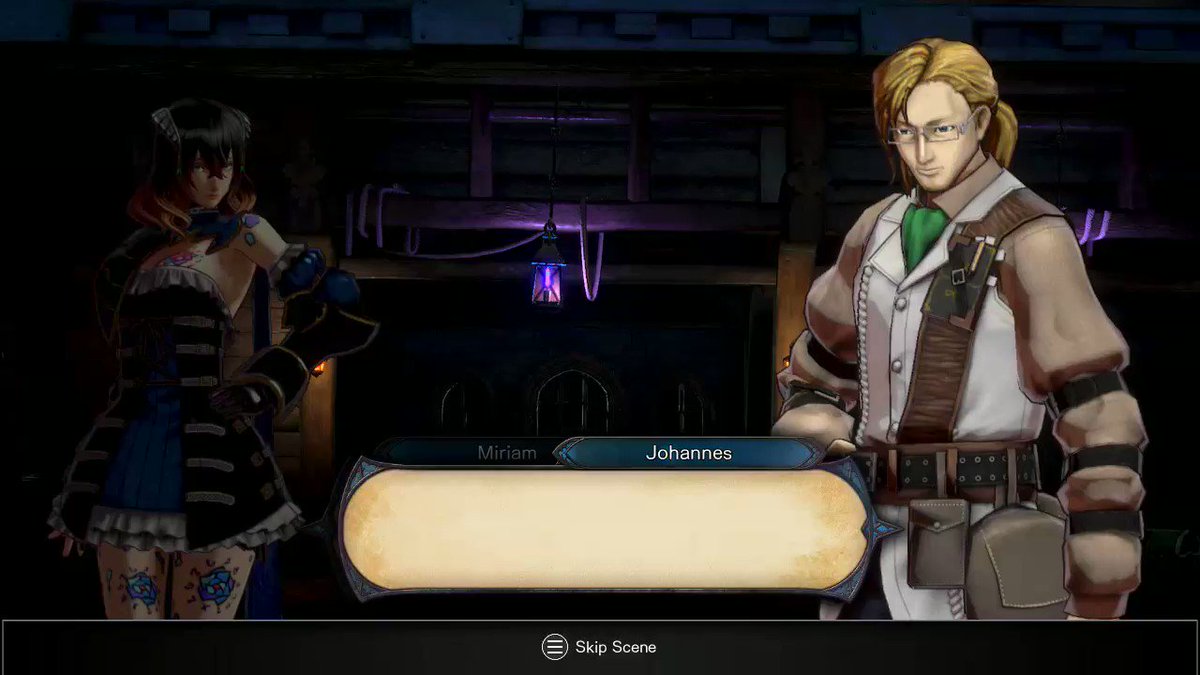 “Bloodstained: Ritual of the Night is finally out, which means so is our Clan's In Game Item, and honestly, it ended up being way funnier than I expected. https://t.co/Bk8UP4s3wE”