THE MOVIE CATS BUT ITS RATS AND ITS SCARY

“One time I woke up early so it was still pretty dark in my house, and as I shuffled into the kitchen looking for a glass of water, I felt some wetness seeping through my slippers. Sure enough, when I reached down with my hand, I felt a puddle and I immediately assume gosh darn it, the dog pissed himself again. And I’ll never forget the next thing I did was go for the bundle of rags I keep under the sink for just this purpose, but when I reached under there it was way too warm, and when I finally turned on the light I saw that it wasn’t rags, it was a bundle of hungry rats who dragged my dog under the sink and ate him. What I though was piss was just his blood…”

“Well, you know, that’s the thing. I don’t THINK it was real because I don’t actually have a dog, and I’ve been playing so much A Plague Tale that I’m probably just having weird nightmares from that…”

“But at the same time, I can’t stop wondering if maybe I DID have a dog, and that what happened to him was so messed up that I’m in denial about it.”

“Interesting…I mean, probably not, you know? That’s probably not it, but it’s certainly wild to think about.”

“So then what happened?”

“Oh, umm, a bunch of knights of the Inquisition kicked down my door and branded me on the chest until I…woke…up…Okay, so yeah it was probably a dream.”

“Forgive me for saying this, Mr. Jackson, but no shit.”

The official trailer for A Plague Tale: Innocence:

A gruesome story. But oh so brilliant. Enjoyed every aspect of it!!!

For a more authentic experience, switch the audio language to French and turn on subtitles. It really helps with the immersion. Be sure to always read the subtitles though as it tells you what to do (unless you know French).

Sale price info:
This is the lowest A Plague Tale: Innocence has ever been individually discounted according to ITAD, previous low was $17.99 on Steam.

As always, use this thread to discuss the deal, talk about the game, and find people to play with.

I havent played it but it looks amazing tbh

I haven’t finished it BUT IT’S REALLY GOOD.

I like how they give a realistic ending, convincingly expressing things like fear and ignorance. I won’t elaborate further.

I will leave this review here though (gameplay mechanics are revealed here, but not the plot): 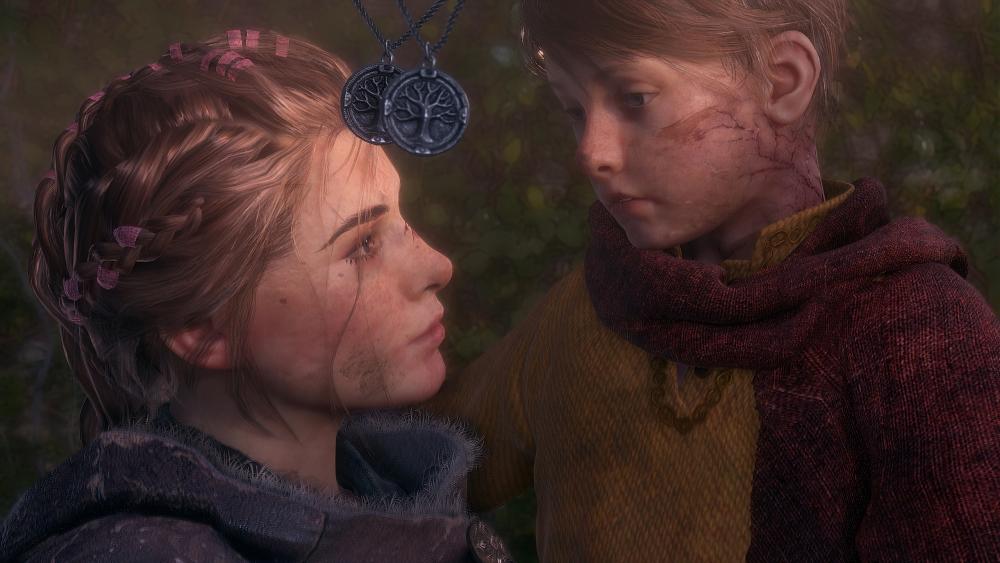 Every once in a while comes a game that defies all expectations. A Plague Tale: Innocence is one such game. Find out why in our review.

Here’s a review from one of my friends…No spoilers but lots of tips on how to play.

A Plague Tale: Innocence (Action-Adventure) Absolutely riveting. NOTE: I suggest NOT looking up anything on Youtube unless you just have to, as you're very likely going to run into visuals that will ruin the storyline. If you need hints, just message...

Get this game guys! I managed to play a pretty large chunk of it via Gamepass before it expired. It is a wonderful game! Truly worth full price, but at $16.99? It is a steal! xD

Just noticed the e-mail says “a place for the unwilling” rather than A Plague Tale. Whoops

I’m not saying it’s a bad game, but to me it felt pretty meh gameplay wise. Saying that, I finished it and I like this type of streamlined games with a focus on the story (and a beautiful story in this case don’t get me wrong). But I ended more bored than I expected and wanting it to finish, so I guess I would have prefered Plague tale as a walking simulator than the gameplay it currently has.

I love this game, its fantastic. Definitely worth picking up, especially at that price.

An interesting critique of the game. Starts with a spoilerfreeish section, analyzing some of the problems the game has. Could come off as nit picky if you never thought of these things as problems, but… well, judge for yourselves.
Mosky 2020-02-26 18:34:04 UTC #11

It’s a game you play for the story, and it’s great in that aspect, imo. The gameplay’s fine too, and there’s almost always some dialogue going on so I never really found it to be boring.

looks like a great game, would want to buy but I’m not going to. Not enough time atm to play it and i’m saving money. too bad

Nice moment to get this game, as the price is historical low

Had my eye on this game since it was announced back in '18, I have just been waiting to purchase it when the price was more “reasonable”. Sadly, I lost my wallet shortly after getting my taxes filed a couple of days ago—so to be safe I froze my bank account(s) till I receive replacement cards. Hopefully Chrono.GG will have this amazing game on sale again sometime in the foreseeable future…

so to be safe I froze my bank account(s)

Umm… I did exactly the same thing when I couldn’t find my wallet a couple of days ago too… Everything is still frozen, and I am unable to make the purchase either… (I too would like to purchase this…)

Gosh, why do things like this happen in bunches for all of us?